"I seem to be having tremendous difficulty with my lifestyle."

The models I made for the CGTalk “Icons of Sci-Fi” HMC. I didn’t actually get around to finishing them on time for the challenge, but they were fun to do. The Hitchhikers Guide has always been my favourite Sci-Fi series, and I’ve listened to the radio shows more times than I can comfortably comprehend. The movie was a really fun adaptation of the series too, and in particular I think they nailed the look of the characters and the world… er… galaxy. 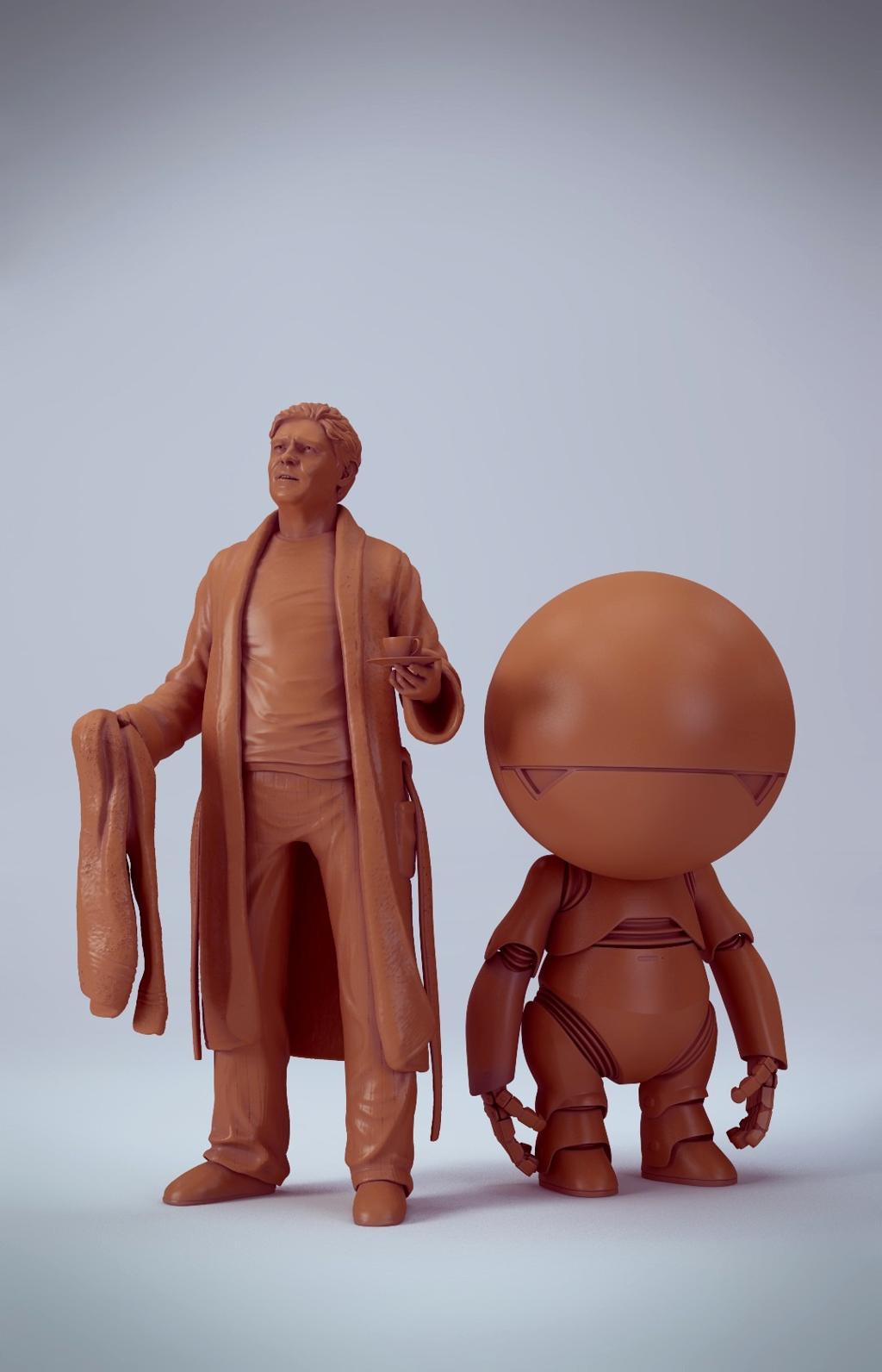 Marvin was modelled mostly in blender, Arthur mostly in zbrush. Rendered in V-Ray and postwork in Blender/GIMP. I might find time to texture Arthur at a later date, but for now I’m leaving them as a clay render.

U are really good artist and very nice sculpting in Zbrush. Can u advice me some good tutorial for Zbrush? Many peoples said, that its really user-friendly but i dont think so, the zooming is really wierd. Hold Alt + Right click, it takes so much time.

Still in development yes. But very much functional at this stage. I’m using v-ray standalone, which is basically v-ray for maya, without the maya bit (which makes it much cheaper, which is nice).

V-Ray / Blender is still in development no? And if u are using v-ray, it must be v-ray for maya right?

Great render setup. I am interested in doing something similar. Would you be able to offer any tips on setup?

I dont think I have the file handy any more, but I think it was a pretty simple setup - a couple of big area lamps, and just a simple orange plastic type material on arthur and marvin. For the cavity-type effect I just took an AO pass and used it as a mask for reducing the saturation and tweaking the hue a bit in the crevices. Hope that helps!