This was my entry for the current CGTalk Harcore Modelling Challenge: Comic Book Masters. The aim was to do a character in the style of a favourite comic book artist, and I decided on doing Inspector Gadget in the style of the fantastic Jamie Hewlett, of Gorillaz and Tank Girl fame. Anyway here it is, along with some WIP/making of stuff after the jump. 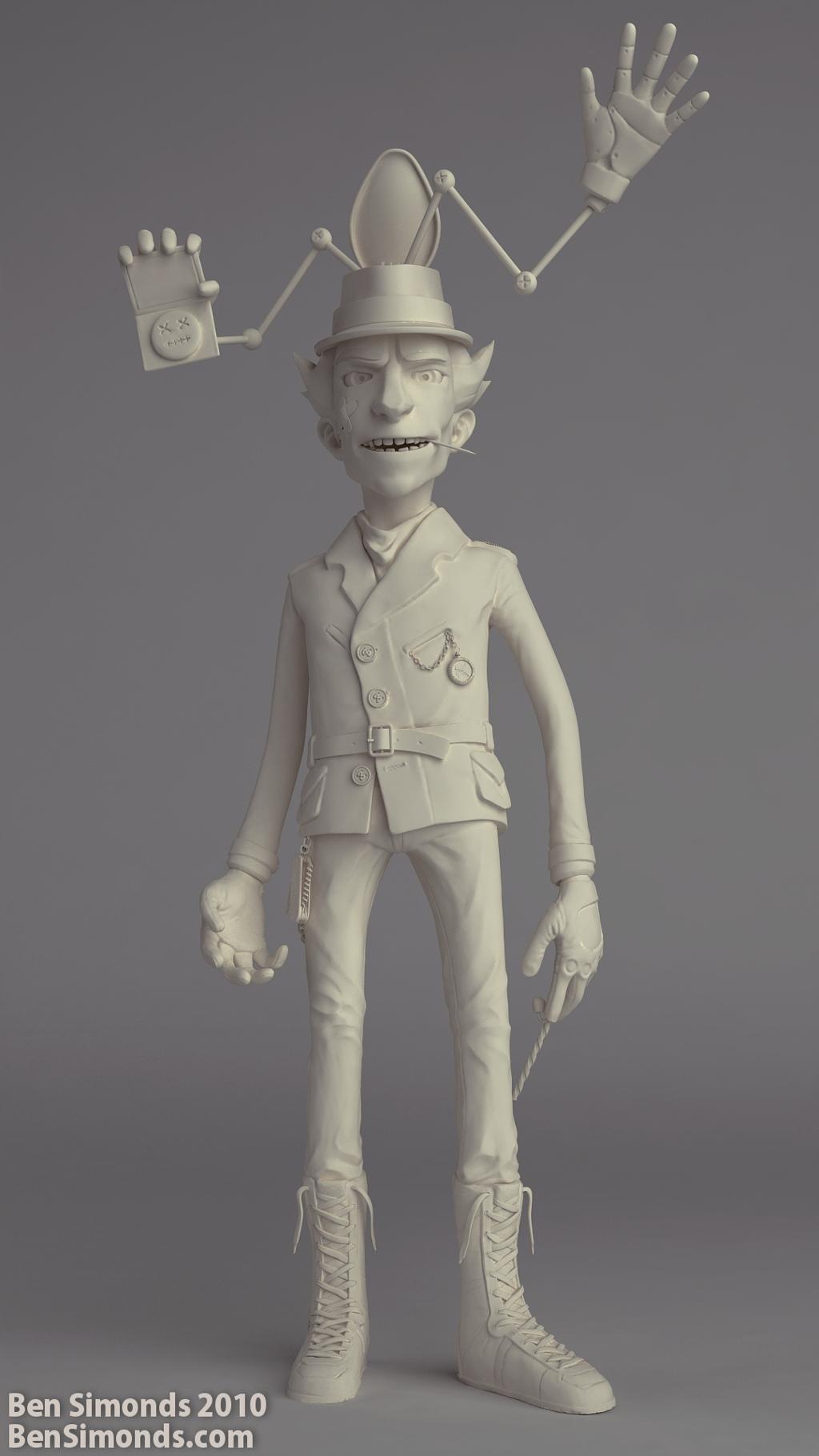 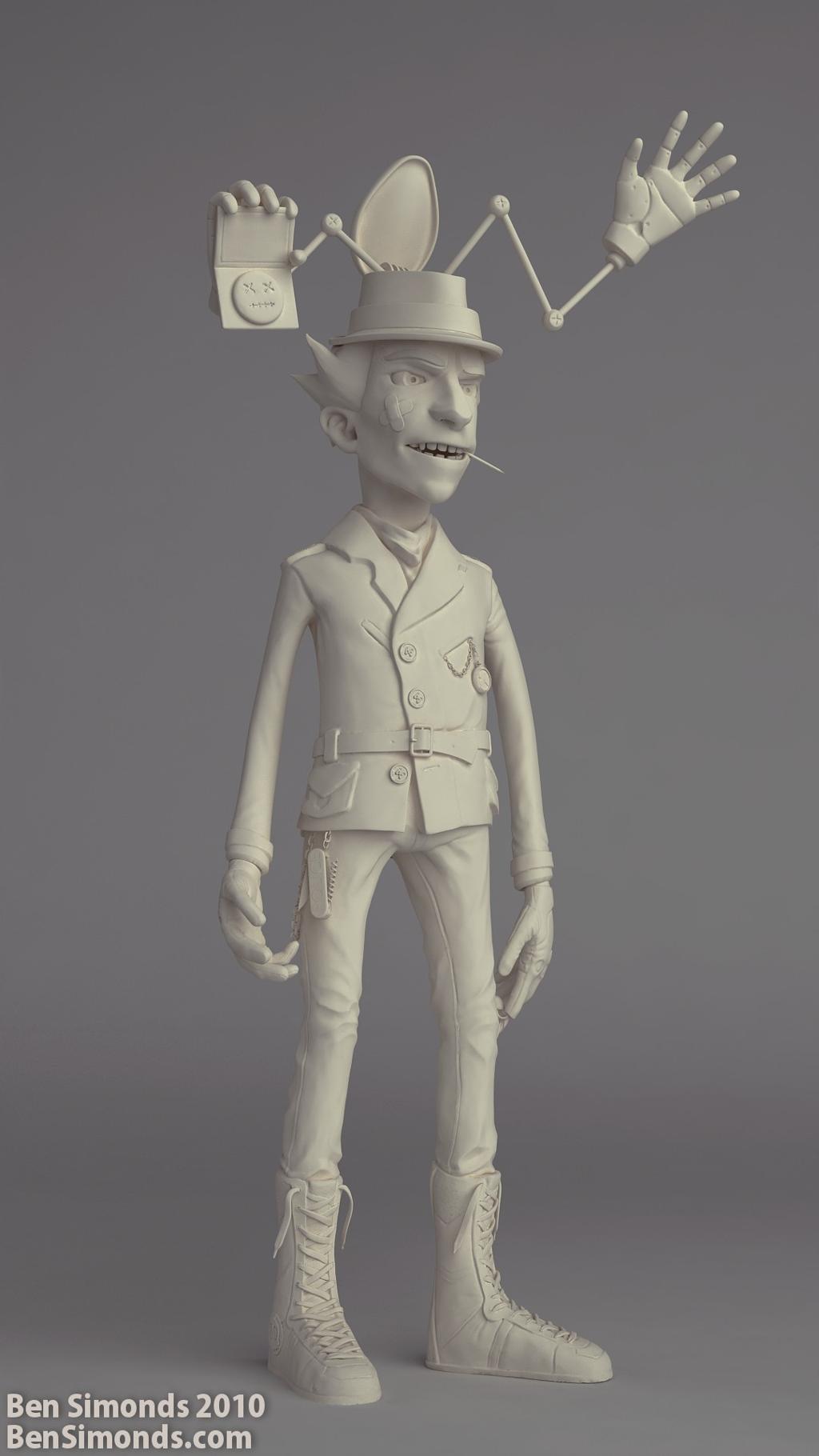 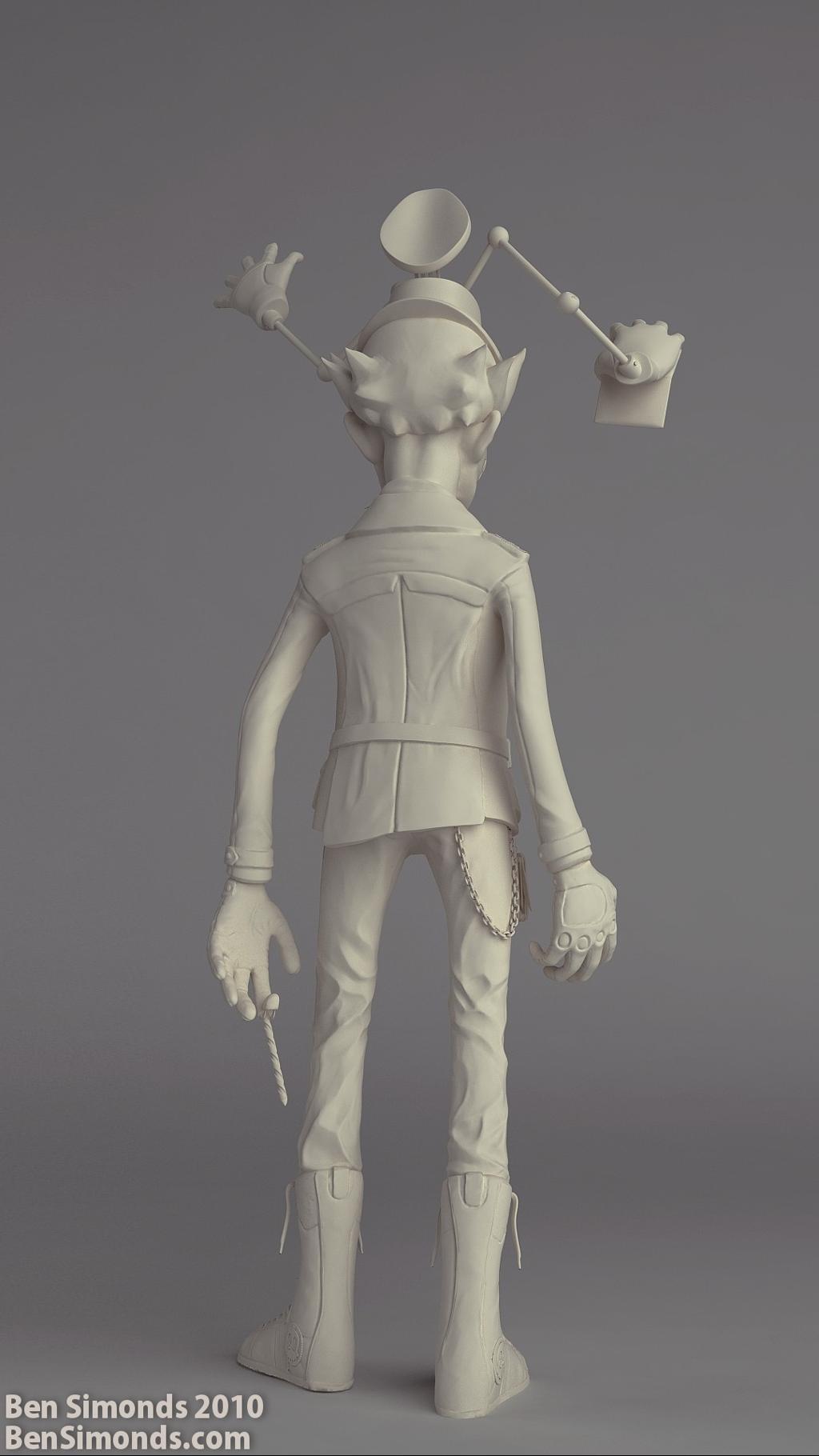 Here’s some stuff I collected as research/inspiration, as well as my original concept drawing: 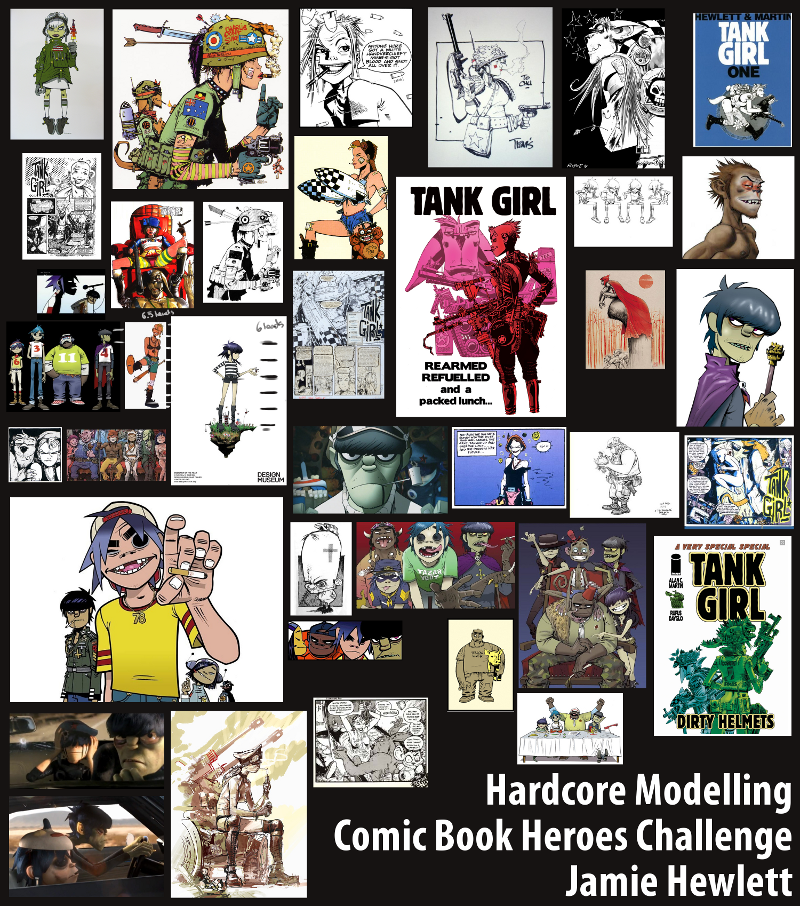 To start out, I made a really simple basemesh in blender with the basic proportions I wanted, then imported that into zbrush . After roughing out the basic body shape I wanted I exported that back to blender, and modelled the main pieces of clothing, hair, etc. I then re-imported these pieces into Zbrush and did the bulk of the sculpting work. I used transpose master to pose him, and then moved on to adding some gadgets, props and futher sculpting to refine the model. Finally I exported the sculpt and used Meshlab to decimate the pieces down to sensible polycounts for rendering (generally 10 to 150k polys depending on size and complexity). I imported those into blender 2.5 and rendered the scene with vray. 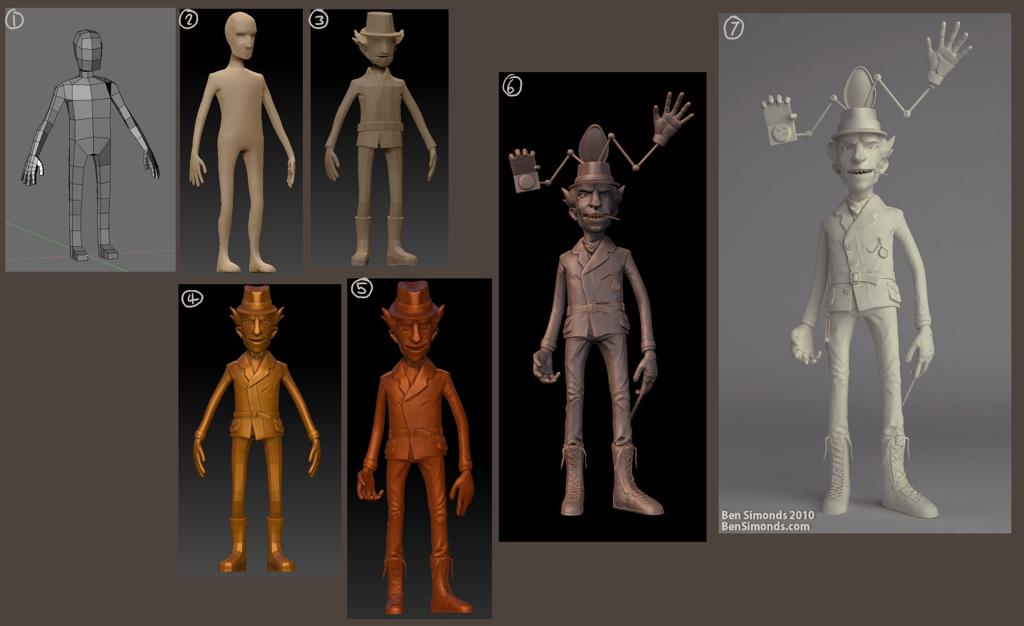 Here are some ortho shots of the finished model: 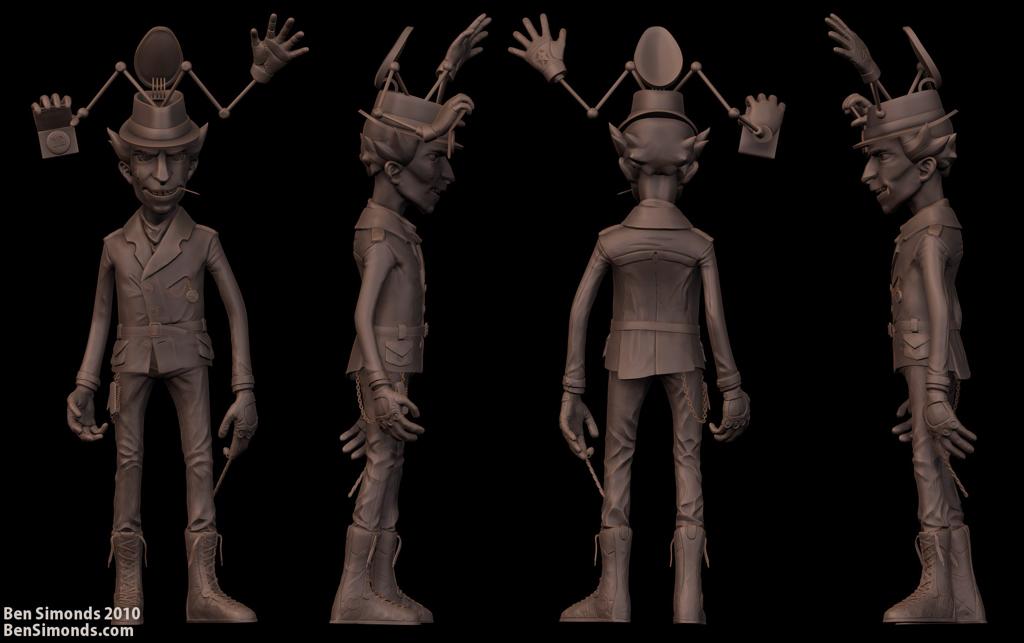 Impressive work :)
I like the mix of styles. It’s amazing how you made Gadget scary :)

when shall we see a textured version?