My girlfriend Liz has been producing and distributing a newsletter for over fifteen years called the Googoo Times. For most of its life every issue of the Googoo Times was written out by hand before being photocopied. This is a pretty time-consuming process and Liz is pretty busy these days, so a couple of years ago she asked if I could create a font based on her handwriting, so that she could produce the GGT digitally without losing the classic look of the newsletter. 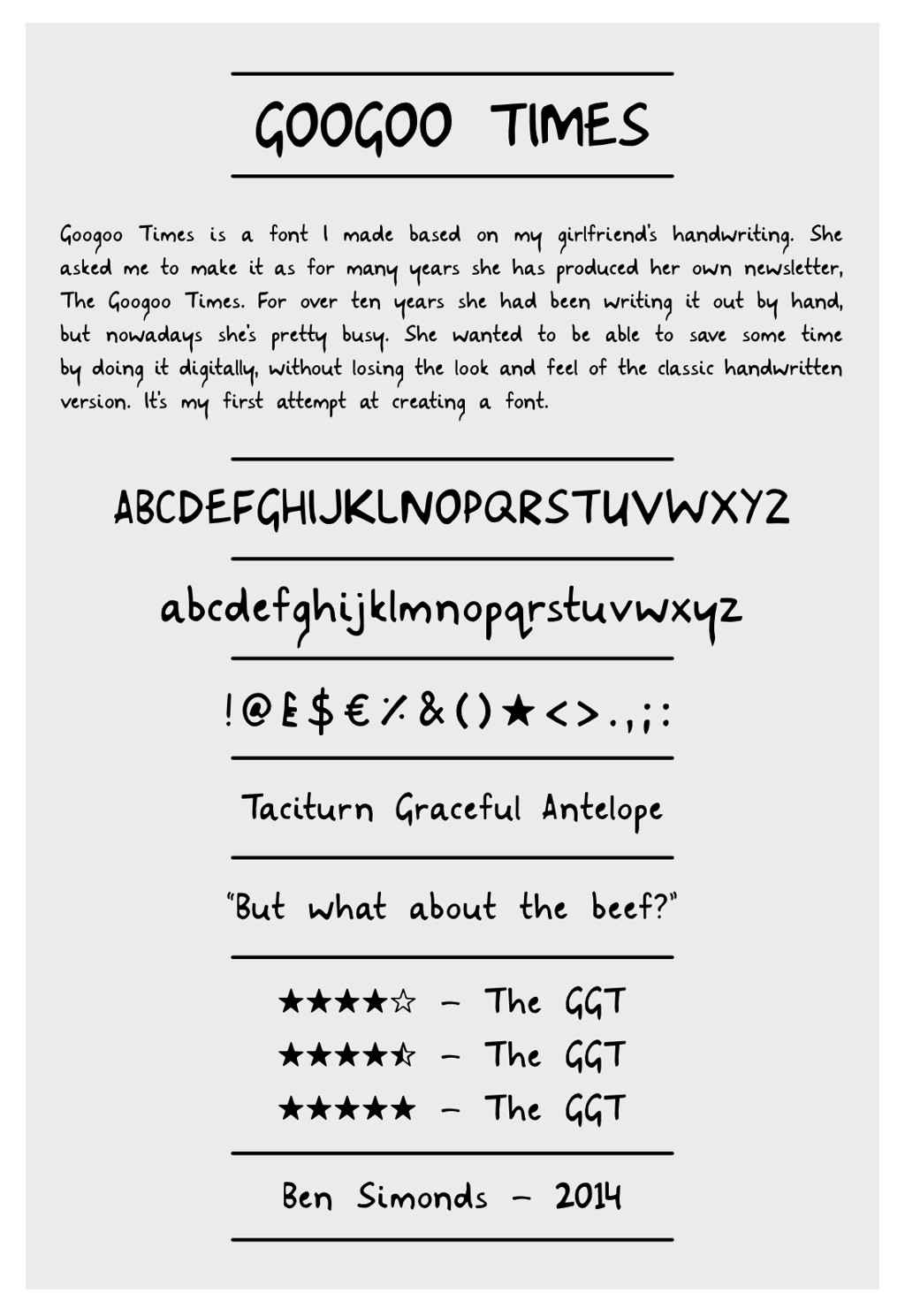 The result is the Googoo Times font. I created it with Fontforge, which is a cross platform, open source font creation tool. It’s a little fiddly to use, and creating a typeface is a pretty huge undertaking that I still know very little about, but I managed to scan and trace each letter of Liz’s handwriting and get a very rough and ready version of the font. Since then I’ve been slowly refining the font based on seeing how it works in the GGT, adding the occasional glyph and refining the kerning and making the typeface more consistent. I recently set up a git repository for the project to make working on it more flexible, and it’s been a good learning experience for that as well (I now use git and GitHub for my Randomiser Add-On and a couple of other projects too).

FontForge’s Outline window showing each glyph in the font.

The GGT font wont be publicly available, it’s just a personal project, but I wanted to share a little look at it all the same. Perhaps in future I’ll take a stab at creating other fonts in which case I probably will open source them.

Hello, I am a member of the FontForge development team.

Thanks for the heads up! The new versions looks a lot slicker!

Looks really good!
Do you have any recommended tutorial you have might found to use FontForge (or any you liked to create a font at all)?

I just used the tutorial page of the fontforge.org website. It takes you through all the necessary steps pretty well.

[&#8230;] since she was about 9 years old. Once laboriously handwritten and photocopied Liz, I recently created a font based on her handwriting.The comic is called Silly Sheep. It&#8217;s [&#8230;]