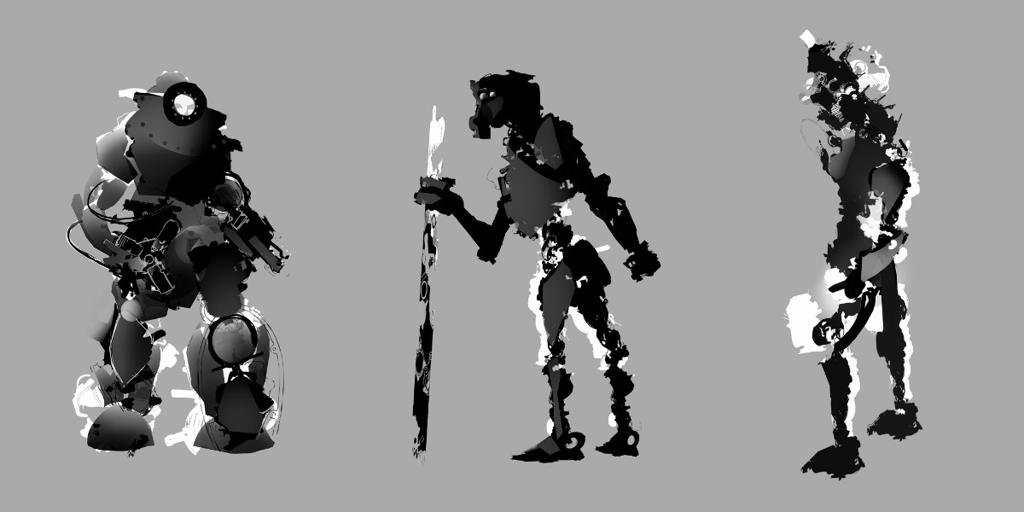 I’ve been playing around with Alchemy for a while now, and it’s a suberbly fun little program for coming up with visual ideas. For those of you who don’t know of it, its a 2D drawing application with all sorts of chaotic tools for creating shapes and patterns, that you can then start picking out shapes to develop ideas from. With the recent addition of .xcf import to blender, allowing you to import layered xcf files and automatically set them up for rendering, I started getting some ideas about combining alchemy and blender via GIMP. Here’s a little video showing the process I used to create the images above, plus a hint at how I applied the same method in 3D to create an animated abstract 3D character.

Here are a couple of other results (click the second for an animated walkcycle): 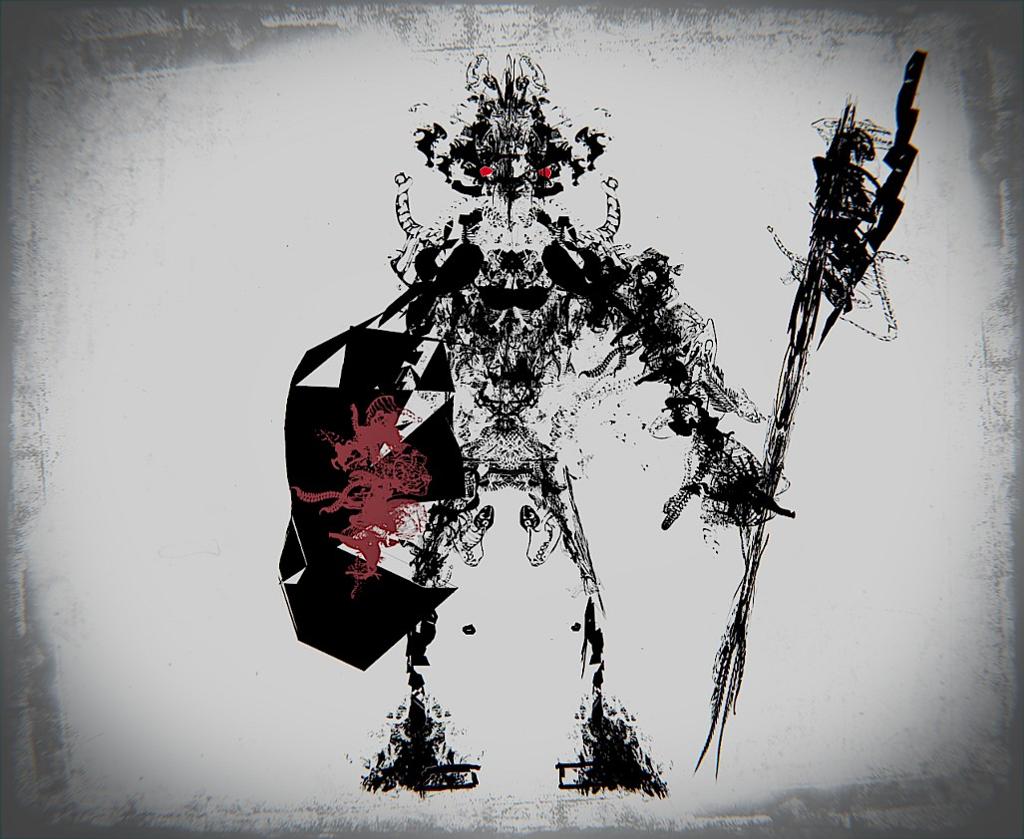 Anyway, let me know if you think of anything cool using this technique.

Awesome! Thanks for the tutorial. I’m going to have to try this out.

awesome blogpost, I wish I had more time to sketch in alchemy.

Awesome!!! Pretty cool technique and workflow, would be very nice to see a Shortfilm with this look :D

Loads of fun, hug? :) I like the experimental results. I could almost see a really surreal short story animated with that kind of character (the 3D soldier at the end).

Sometimes I feel like I’m always asking for something… It’s been ages since I’ve been waiting for .xcf support in Blender, but now, besides thanking for the new add-on, I would like that all of them would share .ora support, for a true and dynamic sharing of data.