Blender Cookie Tutorial: Texturing and Rendering a Head in Blender 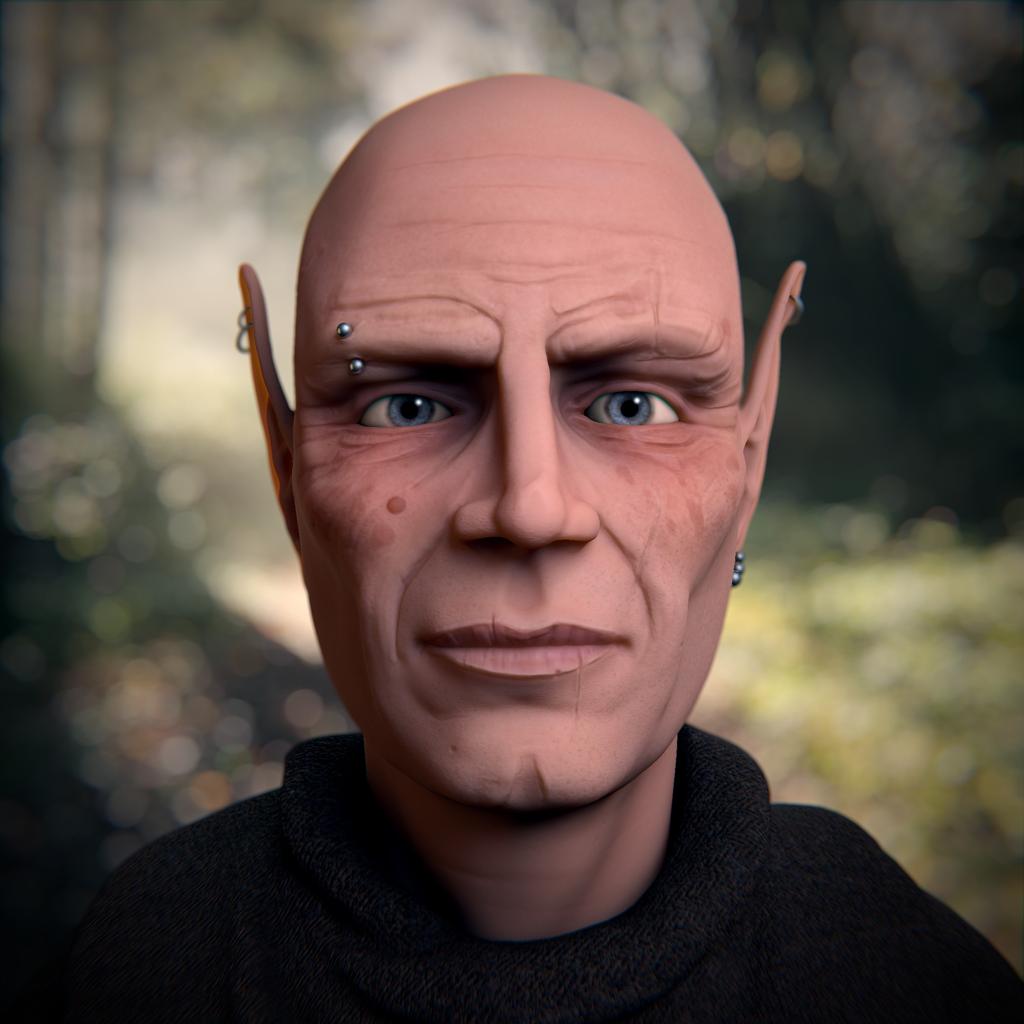 I made this guy for a tutorial on blendercookie.com. The tutorial covers baking textures in blender from a high poly sculpt to a lower resolution mesh for rendering , then painting textures in GIMP, and using them to create a three-layer node based skin shader in blender. Part one covers the baking and texure painting, and is up on BlenderCookie already. The next part will cover setting up the materials and rendering, and should be up on BlenderCookie soon.

Part I: Texture Baking in Blender and Painting in GIMP

Just came here to compliment you on this outstanding tutorial.
I know the post is a little older, but I just finished the tutorial and learned a lot from this.
Hope to see many more from you in the future.

You have really cool, modeling humans/creatures, and i wish i could do that. The thing is i am a beginner and some of the things you say i can’t really understand. if you know what i mean. But you have helped me a lot. Thank you and hope seeing more COOL!!!!! THINGS!!! :) God bless.